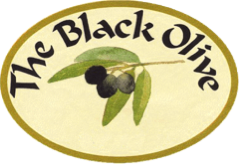 Ask any American what they think about Italian, Mexican, or Chinese food and you are bound to get an opinion. Almost every city and town of any size has great examples of each. We encourage fans of amazing food to experience some of the most delicious and fresh cuisine around. Some of the best food comes from Greece.


From family owned finds in small towns to the best Greek restaurants in the DC area, the uninitiated have much to try and enjoy. Below, check out 4 reasons why Greek cuisine will quickly become one of your favorites.

1. Millennia of Tradition Behind Each Plate

Greek culture dates back thousands of years to the time when their city-states dominated eastern Mediterranean commerce. The region grew rich on production and export of superior olive oil and wine. Like Americans later, the Greeks over time picked up ingredients and styles from other countries, putting their own unique flavor on it. One example is adapting new and delicious usages of yogurt obtained from Persia.

Ancient Greeks also created food ways that spread across the Mediterranean and evolved over thousands of years. Pizza originally comes from the thousands of years old Greek practice of serving food on flatbread fashioned as an edible plate. Their colonization of Southern Italy brought it there, from which it traveled to the United States with immigrants in the 1800s and 1900s.

Great Greek cuisine combines two vital elements when it comes to creating superior food. It often uses the best in fresh ingredients executed in simple ways. True Greek chefs always use fresh herbs and spices in their cooking, adding to the richness and complexity of the flavors.

Greece may be one of Europe’s smaller countries, but it has one of the longer coastlines on the Continent. This gives Greek chefs a true appreciation for fresh seafood and they avoid using processed, frozen, or otherwise unfresh options.

Unlike food from many other cultures, Greek food only infrequently makes meat based proteins or carbohydrates the star of the show. Hellenic cuisine often features vegetables and beans as a central focus, leaving meat, cheese, and bread playing a supporting role. Greek food also places more emphasis on seafood like fish, crustaceans and even octopus.

An emphasis on fresh vegetables combines with the Greek adoration of olive oil, an ancient Mediterranean superfood. You will often find Greek food serves as a healthier option compared to dishes from other areas.

4. Served In A Culture of Hospitality

In ancient Greece, they told a story of Zeus visiting humanity while traveling incognito as a commoner. The mansions of the rich ignored him while the home of a poor family welcomed him, providing ample food, wine, and making him relaxed and comfortable. Zeus rewarded the poor family for their great hospitality, a tradition still respected by the culture.

Greeks, like other cultures, see food as only one part of the equation. They want to make sure that you enjoy the entire experience, including treating guests like family instead of as outsiders. Greek chefs and restaurateurs take tremendous pride in the appearance and the feel of their establishments, enhancing the total experience for everyone lucky enough to visit.

Providing the best possible wine also reflects thousands of years of pride and tradition while upholding their own high standards of hospitality.

Stop by the Black Olive today and experience the best in Greek food, wine, and hospitality. We take pride in making your food experience enjoyable and memorable.